The internet of today is a fragmented battleground. The idealism of the early 90s web is gone.
The web utopia where we all lived in rounded filter bubbles of joy and happiness ended once more with the 2016 Presidential election when we learned that the tools, we thought were only life-giving could be weaponized too. The mass surveillance uncovered by activists like Edward Snowden in 2013 or some years before by Julien Assange, were only the visible tip from a much larger invisible monster, our digitalized reflection. The public and semi-public spaces we created to develop our identities, cultivate communities, and gain knowledge were overtaken by forces using them to win the power of various kinds. Your digital footprint does not belong to you anymore, your data will be abused and will be used against you. More and more we lose ourselves to these little devices known as smartphones, smartwatches, and smart fridges. Bit by bit, piece by piece, our daily life transform into a digital shadow, growing and following us closer than anything before. Mimicking our habits, guiding us along invisible paths, anticipating our behavior thanks to powerful statistical calculations, neural networks and big data – your data.
We are lost in fake news, helpless against the ongoing news feed from all over the world. Lost in multi news and their echo chambers. News cycle after news cycle we lose our connection to the surrounding, social contacts, and nature. Within the chaos new hybrids are forming, new utopias formulate themselves, new prophets appear. New words for old concepts. Tokenization, blockchain and atomic swaps replace known power structures for a brighter future.

The End of the F*ing Internet tells the story on various levels from different angles. Fragments of our time, signs of the past, unknown stories from the underlying technologies of our data-driven world. Glossy surfaces, mirroring worlds and interconnected subjects. 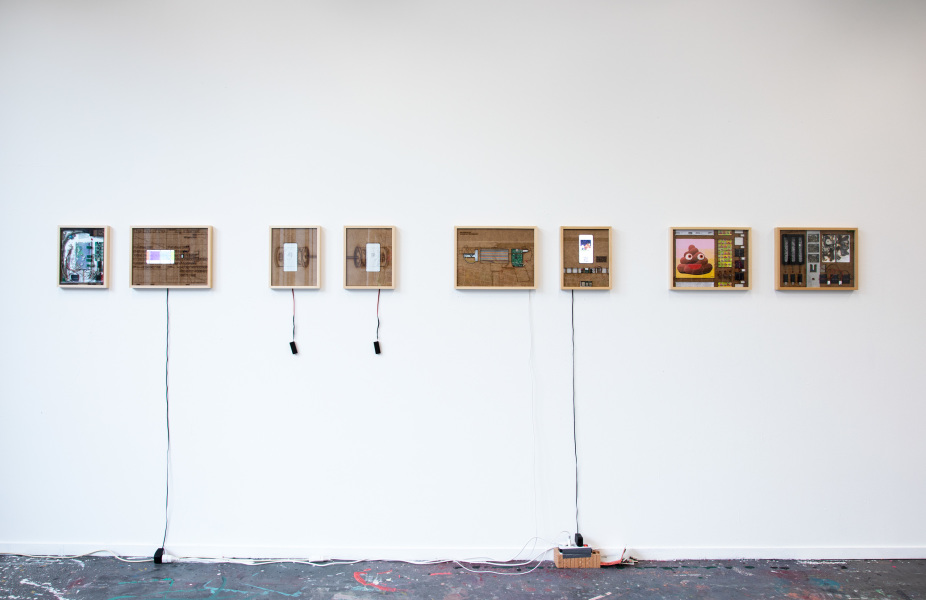 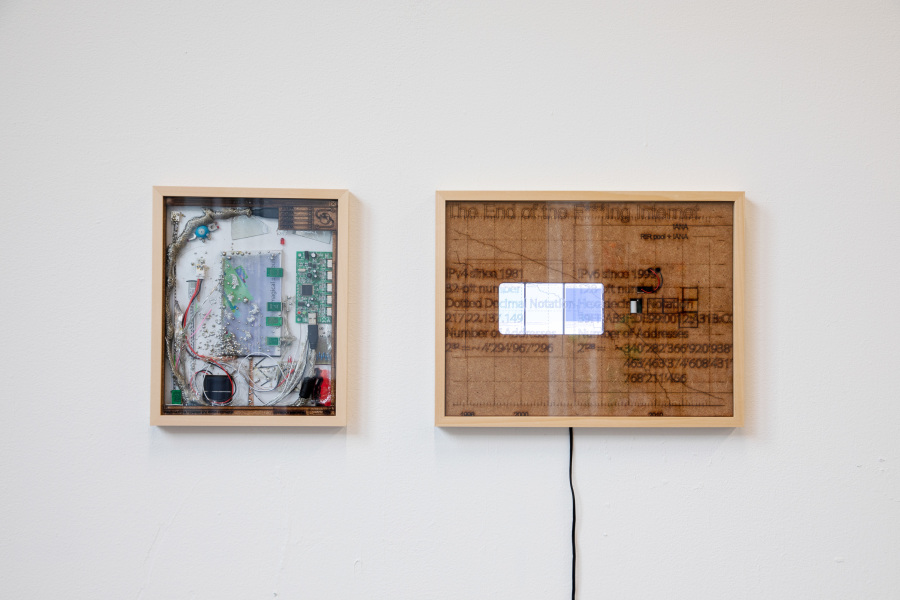 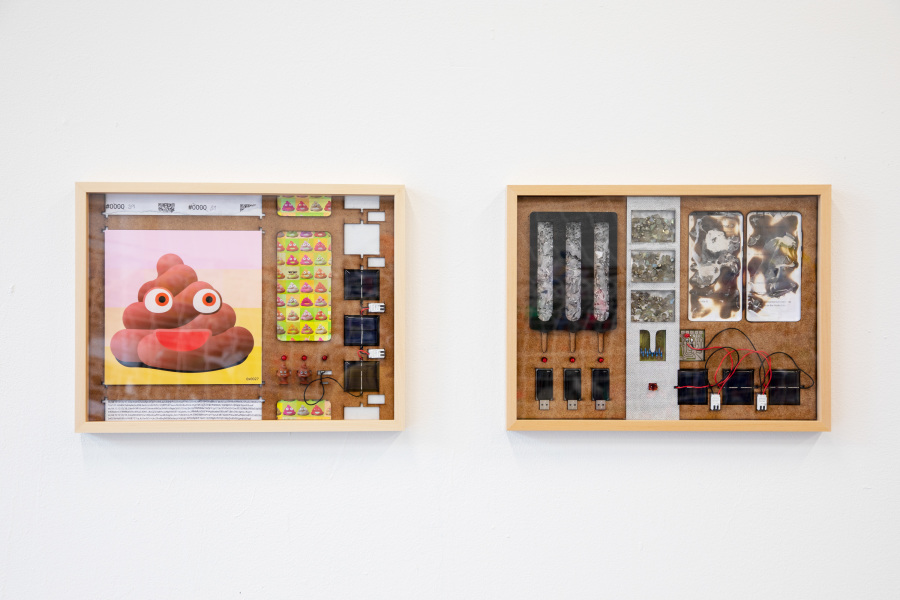 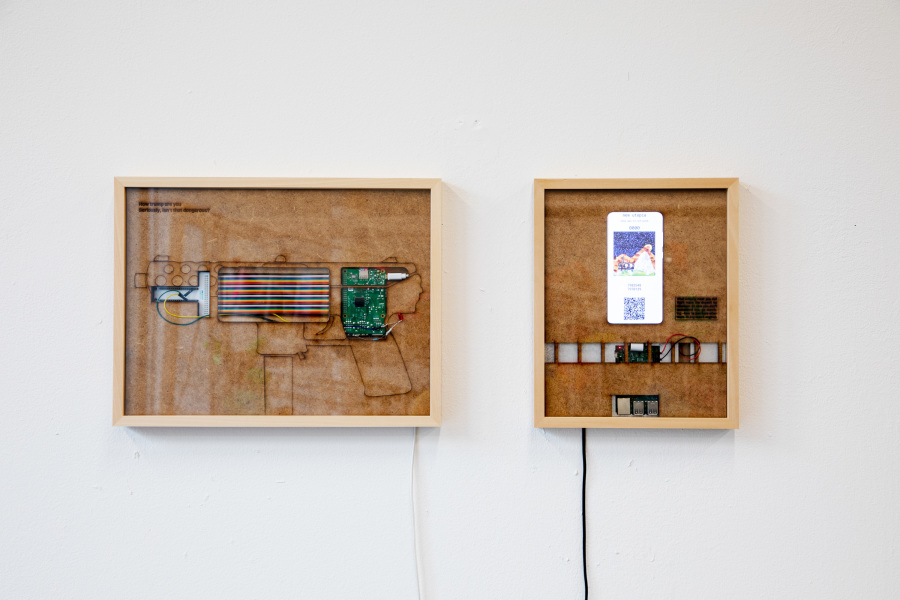 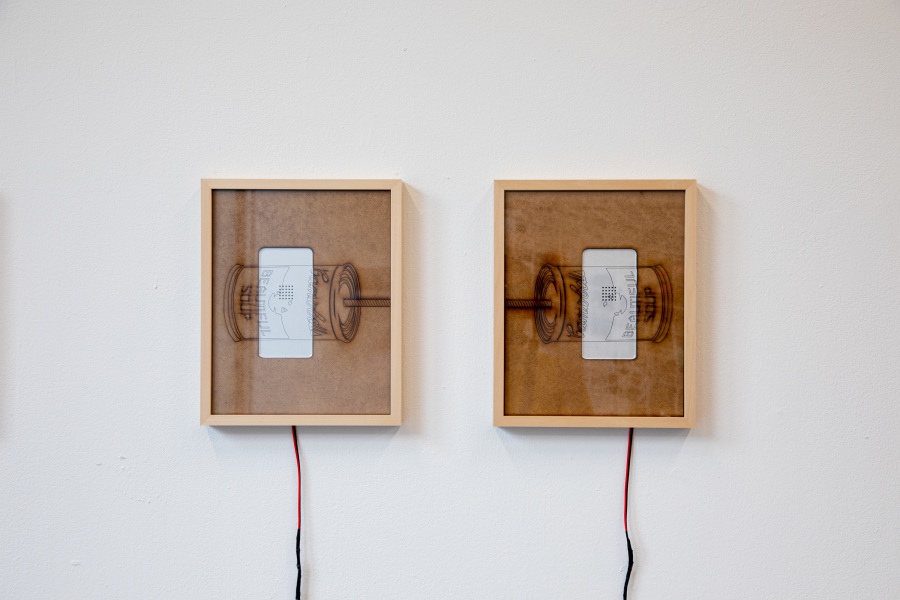